It’s no secret that I am obsessed with yogurt. I’ve even been quoted as saying that yogurt is humanity’s second most-important discovery… second only to the discovery of the chicken of the woods mushroom. Yogurt isn’t just a convenient and delicious snack. It’s also a versatile food base used in sauces and dishes throughout the world and packs a long list of health benefits. When I started on my plastic free and zero-waste journey, the amount of yogurt containers I was throwing away was alarming. Besides, making your yogurt can also favorable to the environment as it lessens wastes caused by retail packaging of store-bought yogurts. 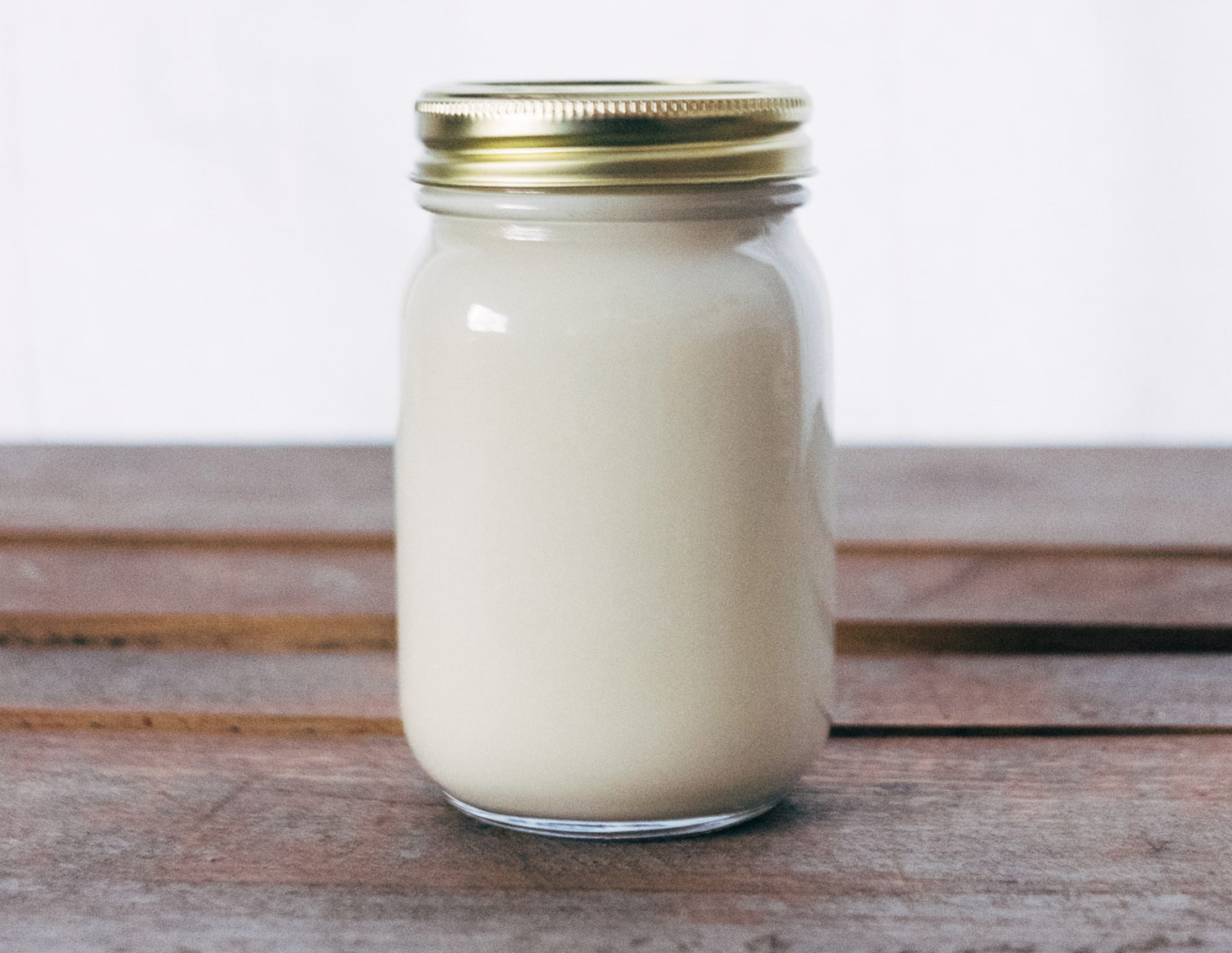 Why is it better to make your yogurt at home?

The thing about yogurt is that you rarely meet two people who have the same preferences for it.  That is because yogurt can be made in so many different ways. Thick, creamy, flavorful, plain, full of fruit, smooth, sweet, sour, vegan, dairy-free, the list is endless!  This makes finding your perfect yogurt at a nearby store even more difficult, and many times when people do find their preferred yogurt, it is only available online, which means constant shipping and lots and lots of plastic waste and carbon emissions.   However, all of these problems can be solved if you step up and decide to make your own yogurt. Not only is this the most environmentally friendly way to consume yogurt, but it’s also rewarding and allows you to customize your yogurt to your exact preference.

You might think that making your yogurt at home will be challenging at first, especially if it will be your first time attempting it. But, once you taste your creation, you’ll be shocked at just how good you are in making yogurt. Generally, home-made yogurts are more flavorful than their store-bought counterparts, but the flavor is just one of the benefits.  Homemade yogurt is better for the environment and is also a lot healthier (i.e. has high probiotic content that is greatly beneficial for your gut health.)  Last but not least, it can save you a lot of money!

There are three ways for you to get started in making your own yogurt.  Here are each of them followed by some tips for trying each option: 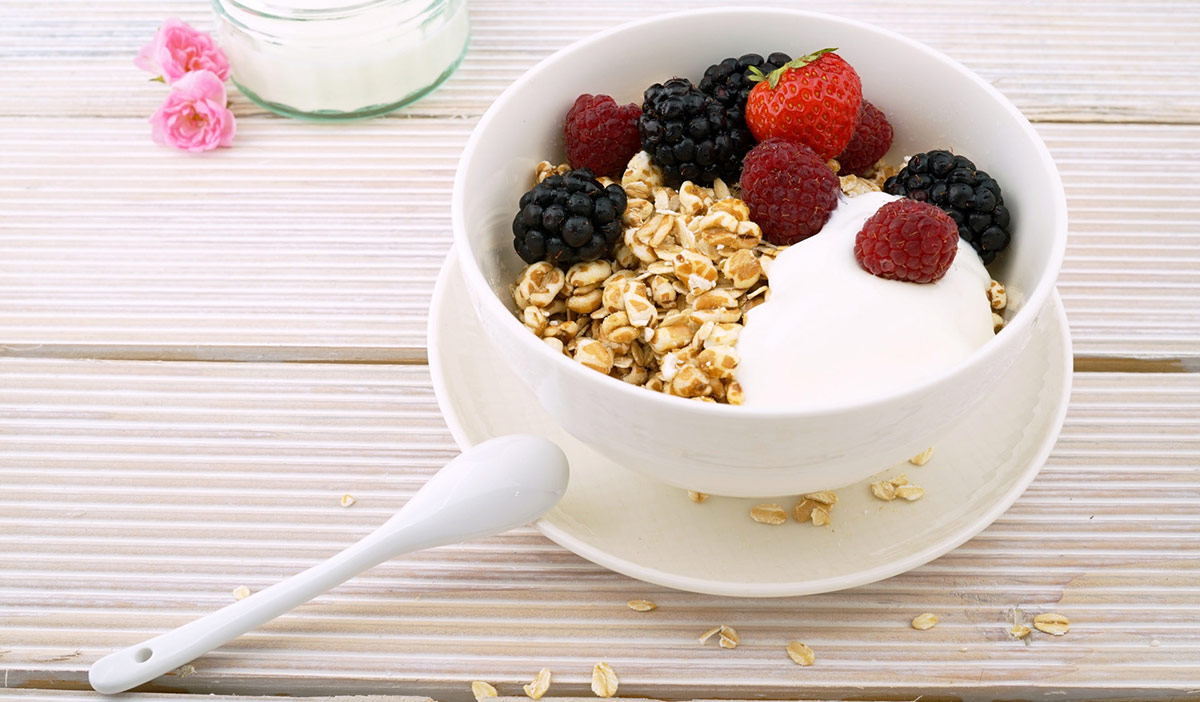 1. Make Yogurt Yourself From Scratch

When making your own yogurt, your goal should first and foremost be to test and learn until you have achieved your desired texture and taste. You won’t get it right the first time, so don’t get frustrated. This test and learn process should be fun and will only help make you a better “yogurt-chef” in the future. I have two starter recipes that I have been using that I want to share with you. The first recipe can be accomplished on your stove top with a stock pot or can be done in an electric slow-cooker. The second option which I’ve recently tried requires an Instant Pot. Check out both options below!

This is the best recipe I have been able to find so far and is by-far the easiest to follow and best way to learn how to make your own yogurt. You can either use a stock pot or a slow-cooker. The slow-cooker option is hands-free and easier, but takes much longer, whereas the stock pot option goes much faster, but requires your constant attention. I have tried both options and I prefer the slow-cooker option better.

Before you view the recipe, but that these are the basic items/ingredients that you will need to create homemade yogurt: 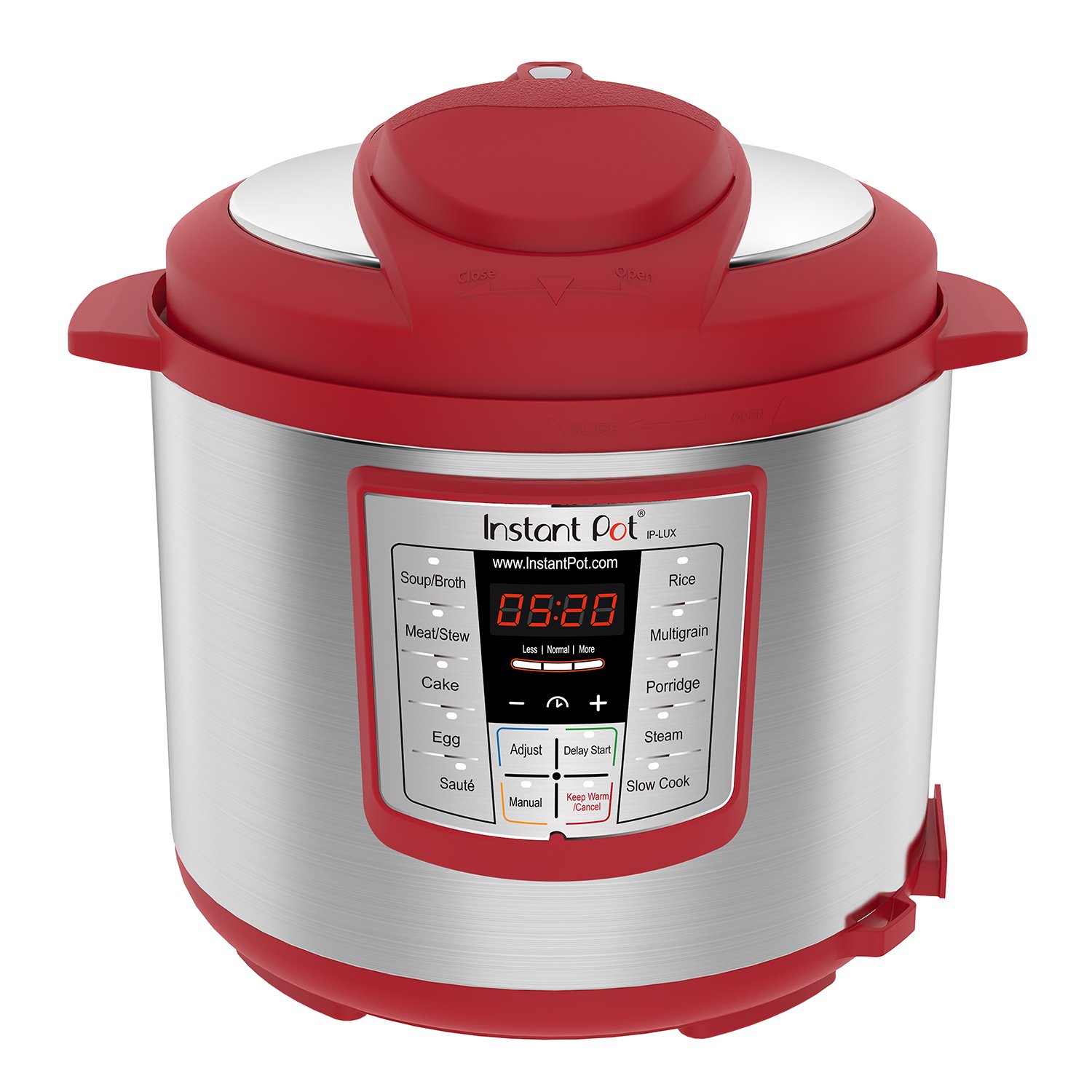 Instant Pot yogurt is another type of yogurt that you can make at home and the Instant Pot cooker even has a yogurt option to make things easier for you. This version is very similar to the slow-cooker version in that you will still need to buy some plain yogurt with live and active cultures from the store to use as your starter culture, but once you finish your first batch, you can simply re-use your own yogurt as a starter each time.  You will also need whole milk and a fast-reading thermometer.  The recipe that I recommend also gives you the option to make regular yogurt, or greek yogurt.  If you want to make greek yogurt, you will also need to buy a cheesecloth. 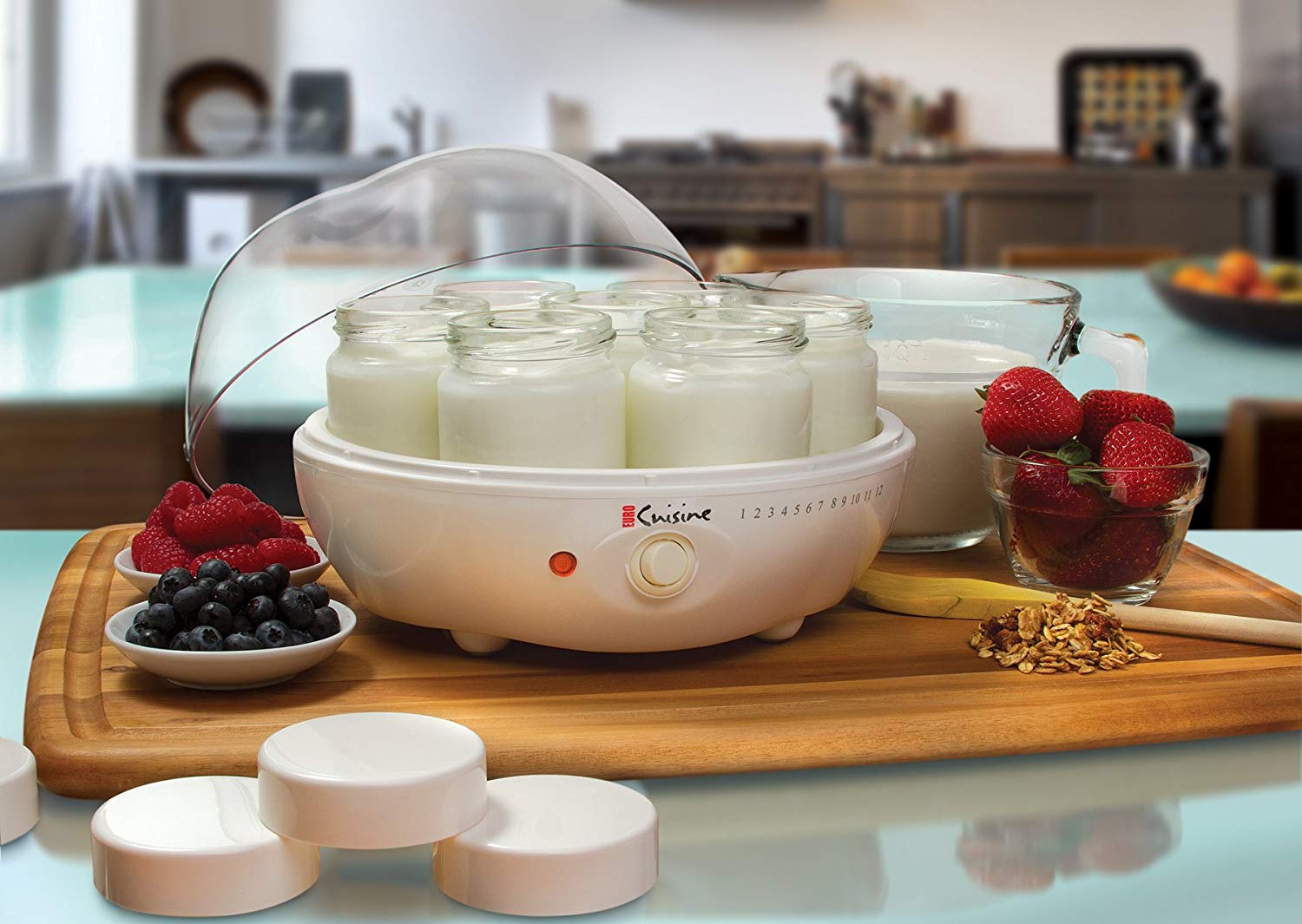 2. Use an Electric Yogurt Maker with a Yogurt Starter Pack

For those of you who don’t mind having a little bit of waste in exchange for an easier and quicker method of yogurt making, then using yogurt starters are a great option.  Note that you can use yogurt starters with the slow cooker options too, but they are traditionally used in electric yogurt makers. One of the things I like about electric yogurt makers is that they are very versatile and if you pick the right brand, you will get a lot of recipes customized to that yogurt maker.  The trade-off is that the amount of customization you can do is a bit less, especially if you are someone who likes to use raw milk. However, I still like the yogurt maker option as it cuts down on a bit of the complexity and helps give you a more failsafe approach.

The key with this method is to pair an electric yogurt maker with a yogurt or kefir starter packet.  I recommend using the Euro Cuisine YM80 Yogurt Maker and as for yogurt starters, for traditional/dairy-based yogurt, I am a big fan of both Cultures for Health and Natural Probiotic Selection, both of which are sold on Amazon.  They both have great guides on their websites too, here and here. 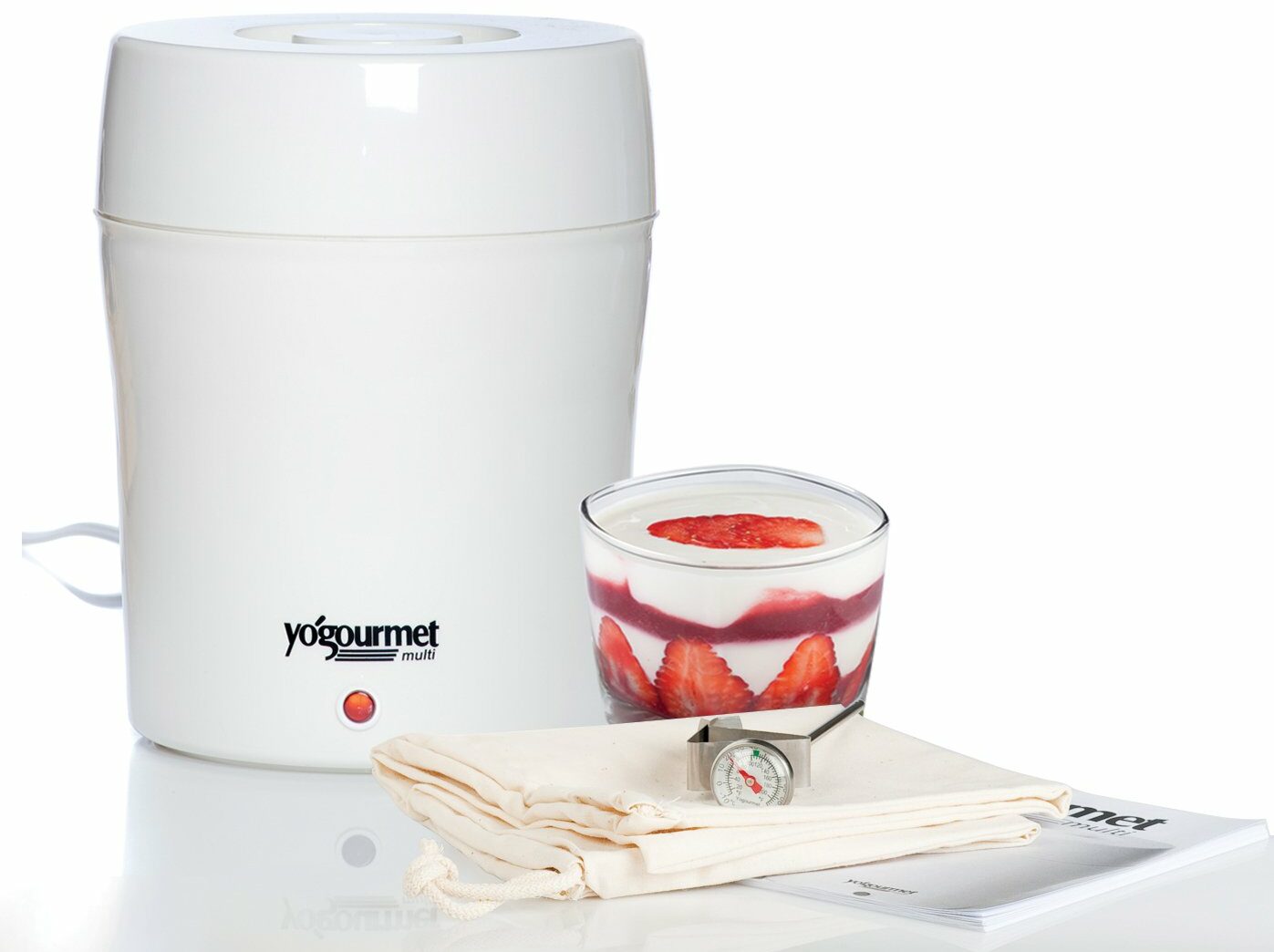 3. Use an All-in-One Yogurt Maker

Last, but not least, we have the all-in-one option of using a fancy yogurt maker like the Yogourmet 104.  This option has an upfront investment of the equipment which can run over $100, but still has a payoff in the long run if stick to making yogurt for years.  From day one, you will be helping the environment, but the cost savings to you won’t be realized until at least a year into the process depending on how much store-bought yogurt you were consuming before.

The benefits of all-in-one yogurt makers are convenience and speed.  The Yogourmet model makes yogurt in less than five hours.  You still have to do the same initial heating of the milk as you would with the simple yogurt makers, but this option speeds up the incubation and cooling process and combines it into one process.  I was at a work party last year where the host had used their all-in-one yogurt maker to make a big batch of plain yogurt that we used as a healthier alternative to sour cream (it was a taco party!)

Enjoy your homemade yogurt journey and share your results with us!!! 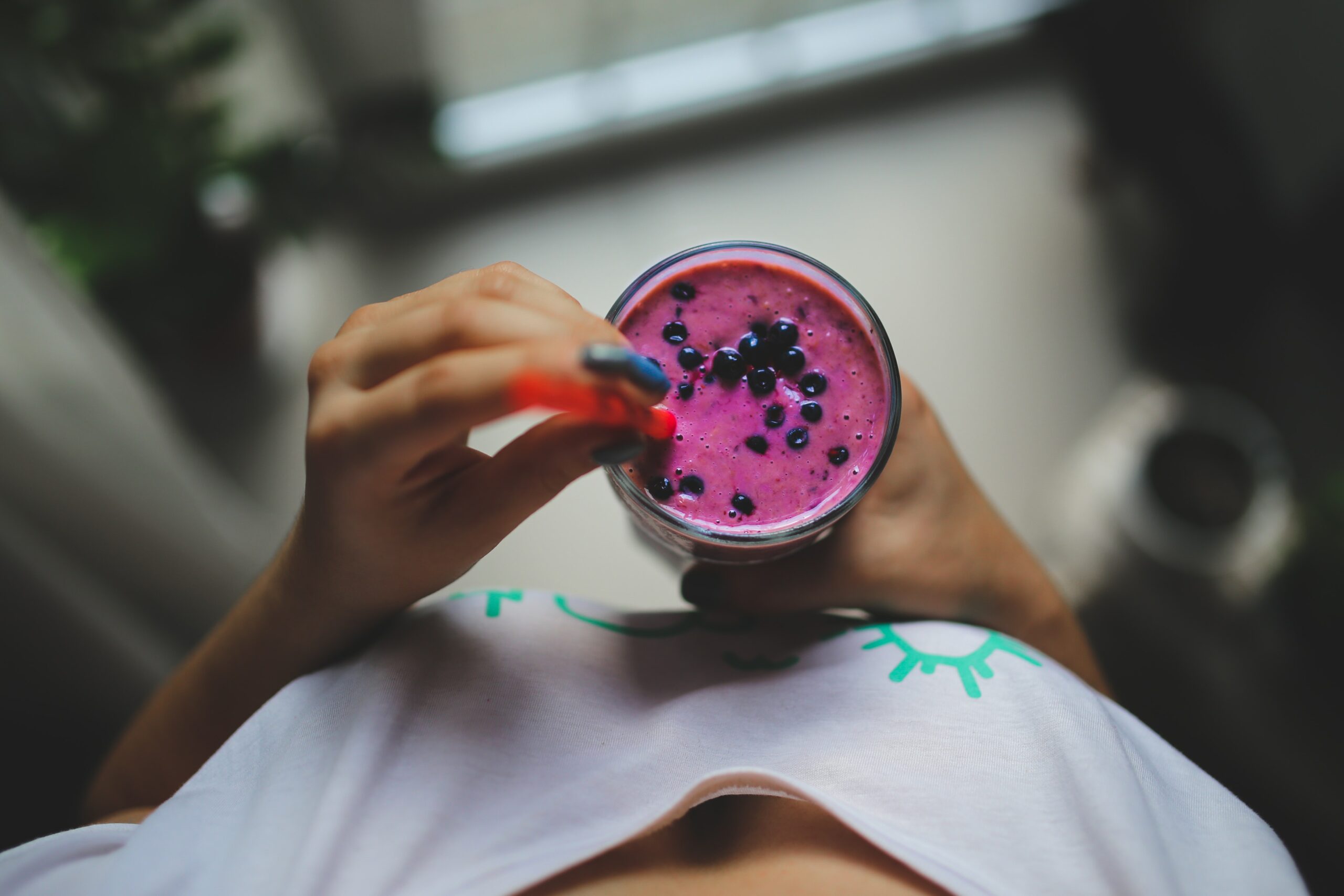 Photo by Daria Shevtsova from Pexels

Earth has a plastic problem, and it’s getting worse every day. It’s hard to go anywhere without seeing plastic trash lying or floating about.
Read more

Here is a quick round-up of some of the most interesting, exciting, and up-lifting news from the world of...
Read more

Top Glass, Stainless Steel, and Silicone Alternatives to Plastic Baby Bottles. As a mom looking for products for my children,...
Read more

Our Top Picks for Biodegradable, Compostable, and Plant-Based Alternatives to Plastic Trash Bags. In my journey to remove as much...
Read more
- Advertisement - 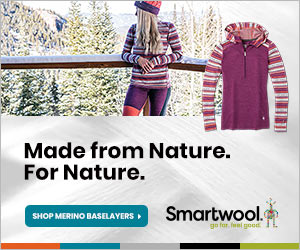 Our Top Picks for Plastic-Free, Reusable, and Plant-Based Alternatives to Single-Use Plastic Straws. The first patent for a drinking straw...
Read more

Earth has a plastic problem, and it’s getting worse every day. It’s hard to go anywhere without seeing plastic trash lying or floating about.
Read more
Plastic News

Here is a quick round-up of some of the...
Read more
Home & Kitchen

Our Top Picks for Biodegradable, Compostable, and Plant-Based Alternatives to Plastic Trash Bags. In my...
Read more

Yogurt is F*cking Awesome! It’s no secret that I am obsessed with yogurt. I’ve even...
Read more

Now in it's third year, the Comedy Wildlife Photography Awards are both...
Read more

The images below are just a glimpse into the devastating impact that...
Read more

"We want everyone who comes to our website to leave feeling optimistic about the future of our planet and empowered to do something to help."